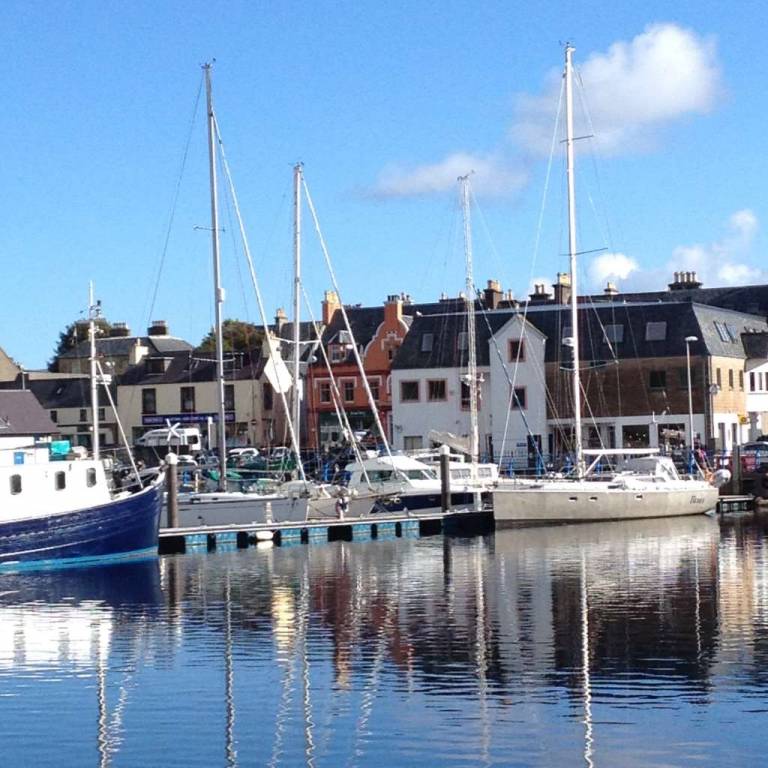 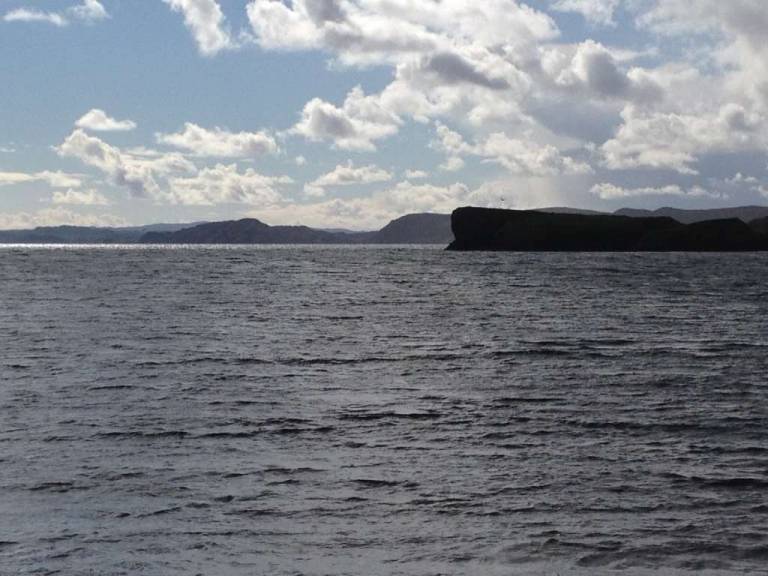 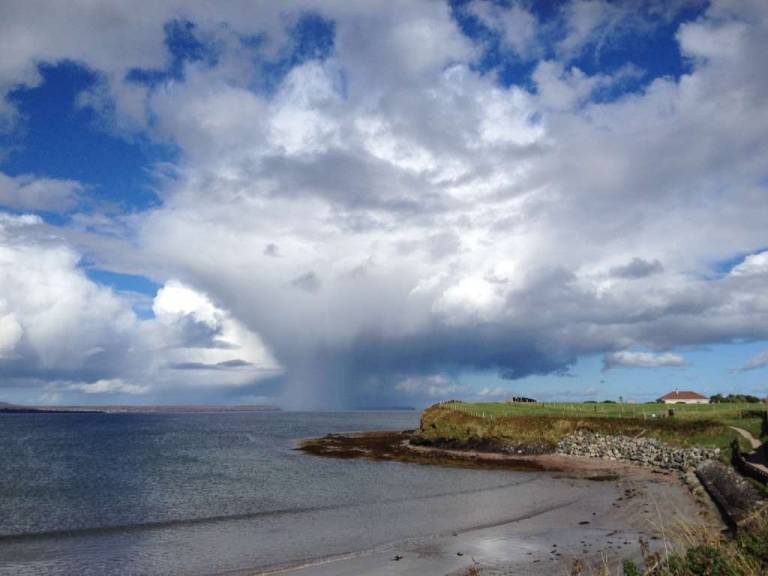 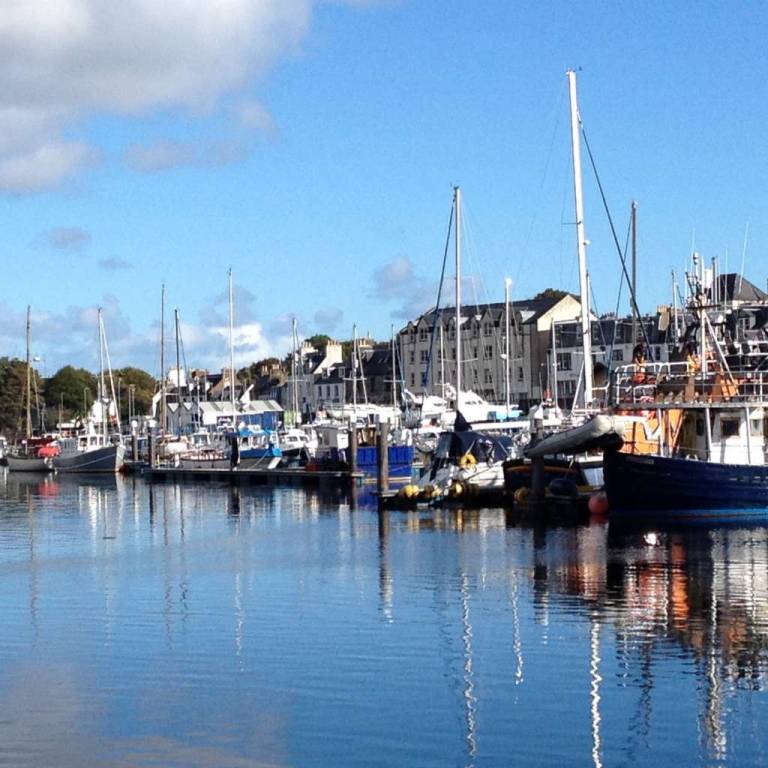 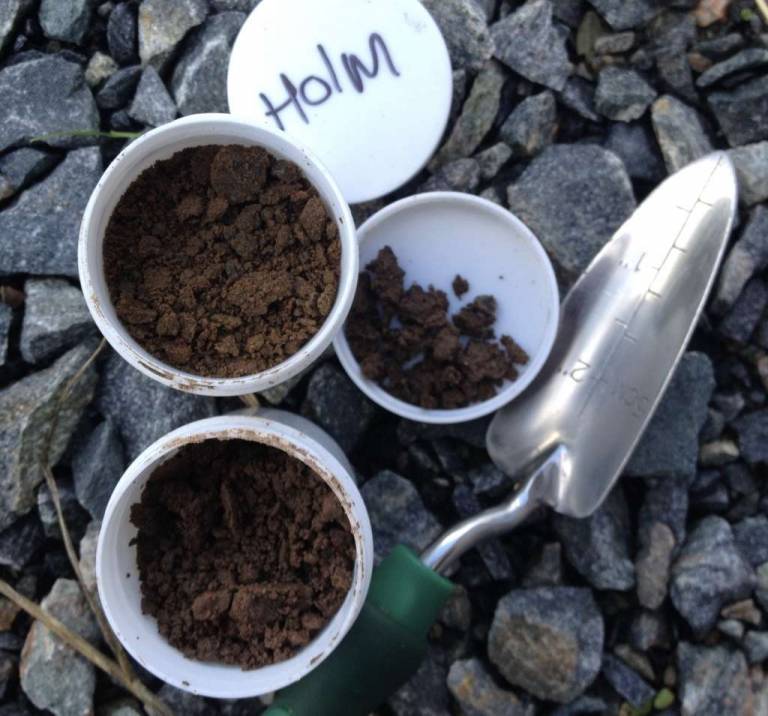 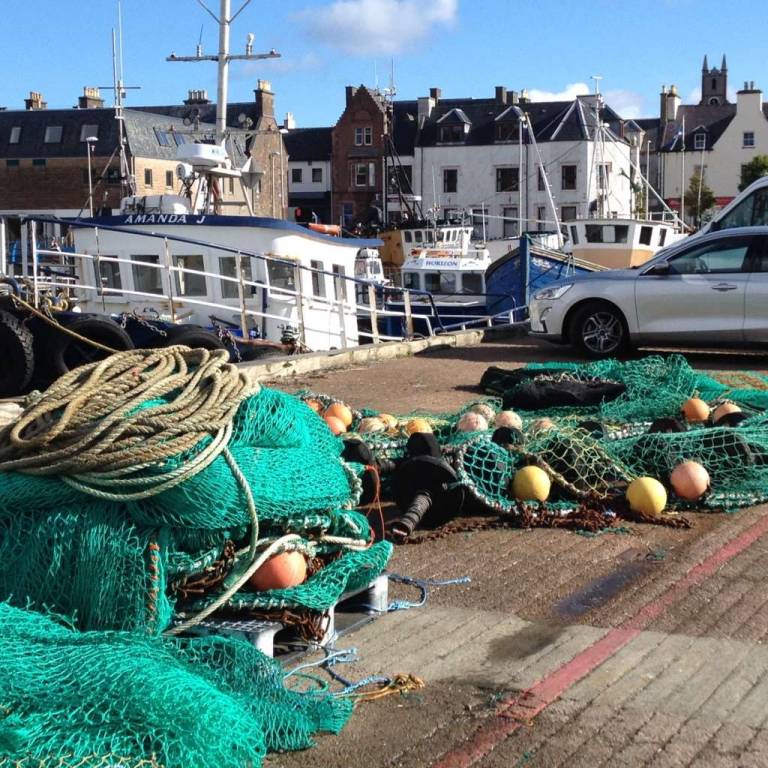 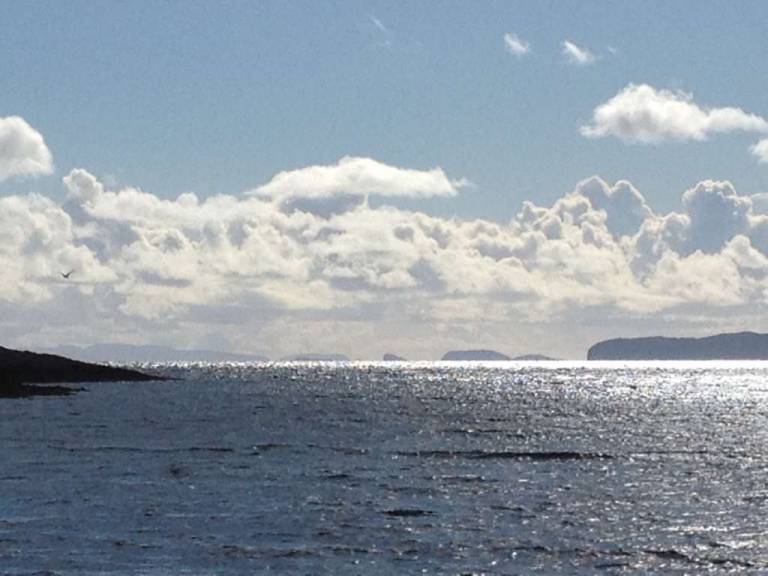 We began the northern part of the tour in stornoway where , inspired by the wonderful work i had seen in an exhibition by the painter Donald Smith i headed over to the harbour side of town to capture it's distinguishing colours , buildings and shapes before turning my attention to the shining boats and crossing lines of the full and bustling harbours pontoons.   Already seeing the makings of a vibrant , busy painting to represent the towns eclectic mix of buildings, styles and fishing heritage i made some sketches to refrence  my ideas for future use in the studio . From here we headed east out to the village of Holm where the end of the road brings you to not one but two bays each different from the other. One bay is a sandy crescent with a small harbour and relitavly large pier at it's end , the other is strewn with a sweet shop of multicolured pebbles and hosts a beautiful view between turf topped cliffs of outlaying islands and the distant north edge of the isle of Skye. I worked quickly on capturing the shape of the land and darkened silhouettes that sit powerful and sturdy along the horizon and had just found a brilliant cache of pigment in the bare cliff edge when a rain shower threatened to spoil all my efforts. It seemed i had got away lightly because behind us as we headed toward the braighe was the most impressive of storm clouds hanging menacingly low over the north end of Tolsta . We stopped at braighe beach where i took the chance to make a few sketches of the scene developing across the water , it seemed the only place to have dodged the storm was Tolsta head which jutted out from behind the dark mass. Unlucky for us Tolsta was right where we were heading next and the journey to our  destination was a wet and dismal one.