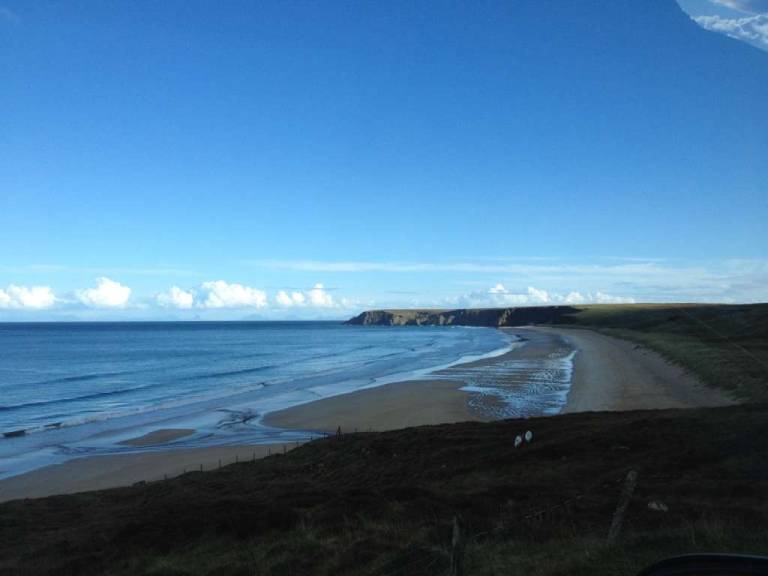 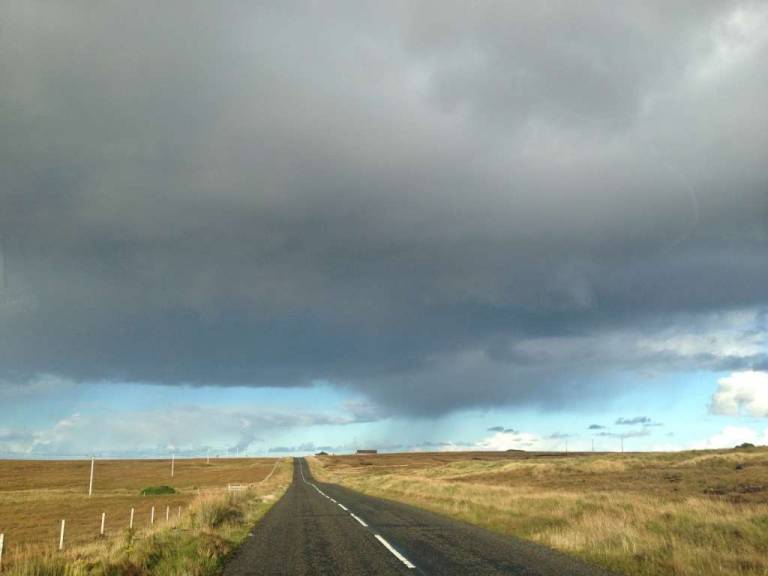 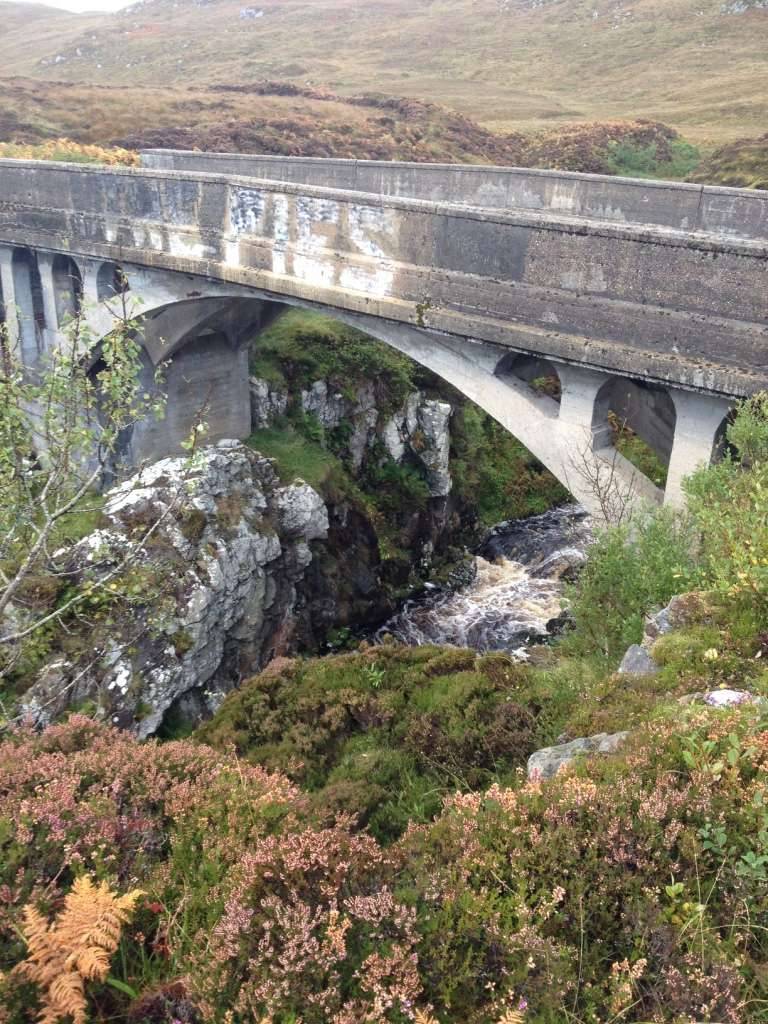 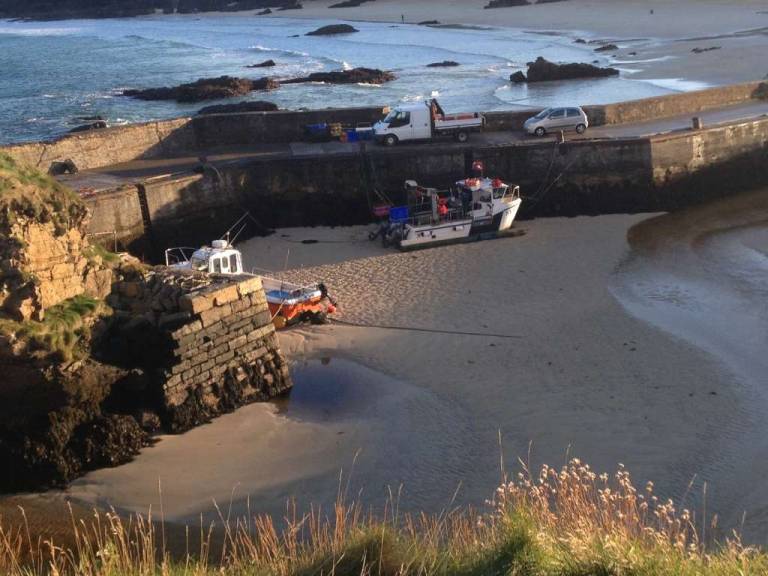 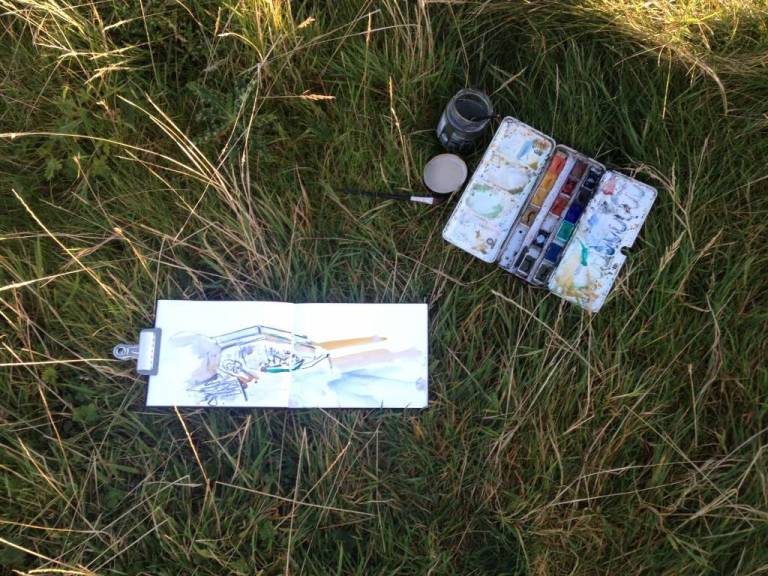 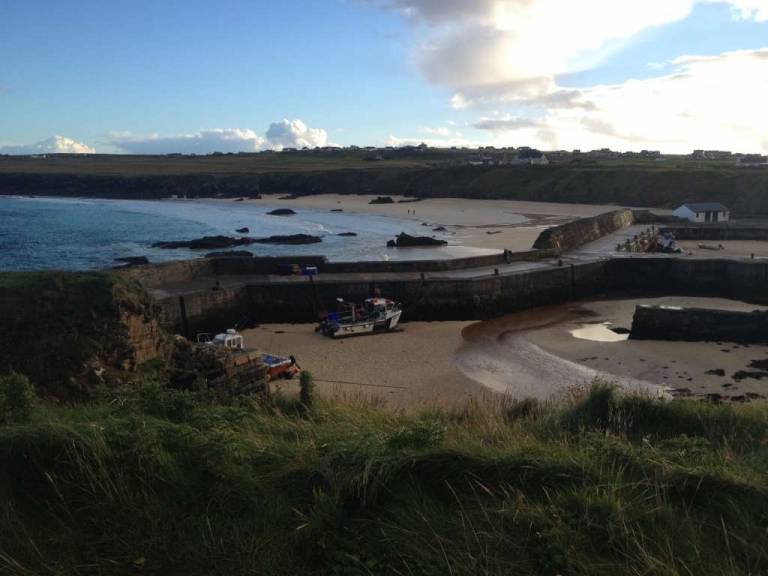 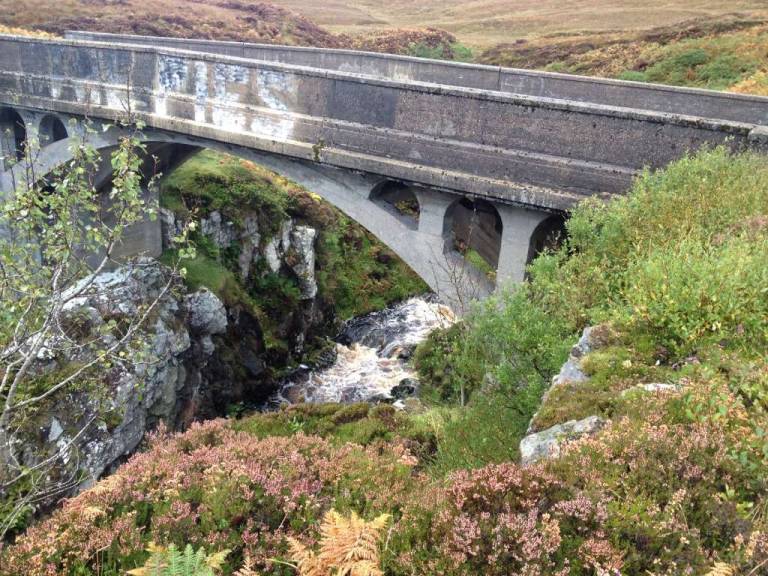 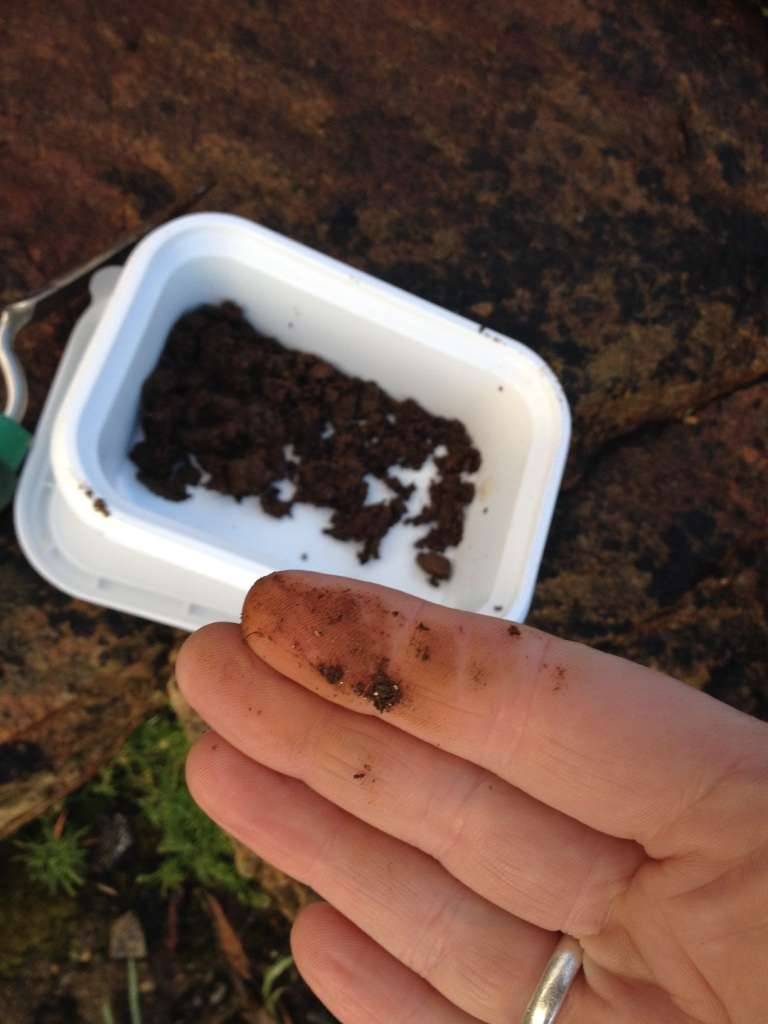 Tolsta today , we headed north with a huge storm cloud overhead that burst just as we arrived at the impressive sea stacks and sandy white bay of Garry beach , some rushed and dampened sketches later i sought shelter inside the van and after enjoying a warm cup of tea we headed a little further  up the road to the suprising and pituresque Garry bridge . Also known as 'the bridge to nowhere ' the bridge built by Lord leverhulme as part of a plan to build a new road to connect this part of the island to the Butt of lewis was never completed and only parts of the route and the concrete bridge suspended above the lush and  tumbling  valley gorge remains. I love it because out here amidst the natural  uninhabited landscape the bridge seems completely out of place and is a totally unexpected find. The shape of the bridge itself is rather beautiful and i find myself in deep appreciation of the micro-climate it's presence here has made , allowing for a multitude of lush plants , ferns and trees to inhabit the craggy vally sides , the scene is truley reminicent of the gardens of stornoway castle itself. From here we made the journey west across Barvas moor which by now is begining to lose the fresh green colours and purple swayths of heather we saw just weeks ago in favour of an autumnal burnished glow . Travelling along the west edge of the island our next destination is port of Ness . A village centered around it's working harbour , with a stunning stretch of beach to it's right side port of Ness is packed with all the charm you would hope to find in a location such as this. It appears there are three parts to the harbour contruction , each in it's own state of disrepair and each offering something visually different from the other there is plenty here for an artist to be inspired by. I took my opportunity to make a few sketches and found captuing  the many different angles of the harbour walls quite challenging to represent but despite this i am fairy certain i will be looking to this place as the muse for one of my exhibition paintings. I was pleased to discover some orange pigment in a section of bare bank too that i could use for making my 'made from Ness oil paint '.